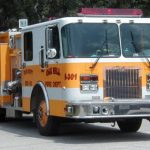 In the late 1960s and the 1970s, the Oak Hill area was served by a motley array of multi-colored fire trucks, pumpers, and tankers. In the 1980s, expediency led to the gradual move towards the yellow apparatus that became commonplace at fires, motor-vehicle accidents, and public education events throughout the Oak Hill district.

The same desire to keep the public safe that led Loy Mackey, Kermit Burrer, and Bill Jackson to knock on doors for donations for a fire department in late 1967 eventually brought the Oak Hill Fire Department to the yellow color that it had been using since the 1980s. At the time, there was a great deal of debate over what the most visible color was, and many fire departments were changing to the greens and yellows that different studies were saying were more visible, in the hopes of cutting down on the number of apparatus accidents. Many fire departments stayed with their local traditions, however, and continued to order red fire trucks.

The Oak Hill Volunteer Fire Department had purchased the occasional yellow truck in its early years, as well as white and red trucks. In the 1980s, when the fire department was preparing to order a new truck, they were told that if they ordered a yellow truck they could have it much faster than if they ordered a red or a white truck. Driven by the need for the new truck, the decision was made to go ahead and purchase a yellow truck.

Over the next few years, the rest of the purchased apparatus made the change to the yellow of the new truck, and from the mid-1980s onwards all new vehicles purchased by the department were ordered in the same color yellow: The year 2005 brought a change to the fleet of apparatus that the Oak Hill Fire Department proudly operated. New command vehicles, which were put into service by the end of the year, were white with red striping. A few new fire trucks have also been ordered, and when they are completed and put into service, their red color will complement the rest of the Oak Hill fleet.

2006 brought with it the arrival of the first red apparatus that the Oak Hill Fire Department had seen within its ranks for many years. Shown below are the new engine and ladder truck, useful for any high-rise structure fires within the Oak Hill, Westlake, and CE-Bar districts, or wherever else needed. 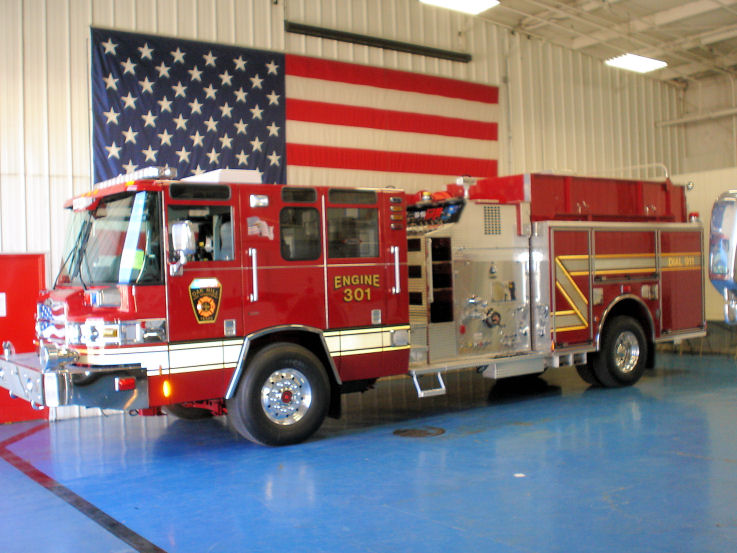 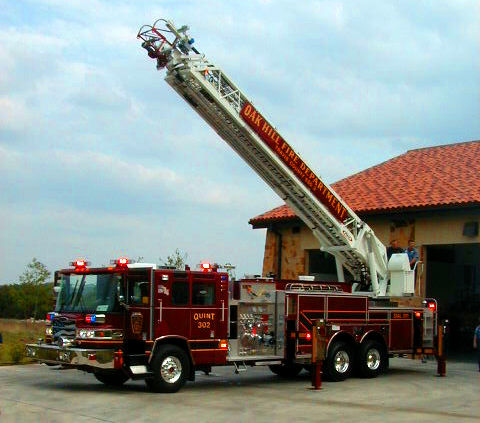 Quint 302 will not only see use in the Oak Hill district, but will also be used as needed for aid calls with agencies such as CE-Bar or Westlake, as well as other departments that are in need of a ladder truck. This truck fills a previously-unfilled niche in Oak Hill’s firefighting capacity, speeding up potential response times to structure fires by providing a line-of-attack without having to wait for Austin Fire Department ladder trucks or other department ladder trucks to arrive on-scene.